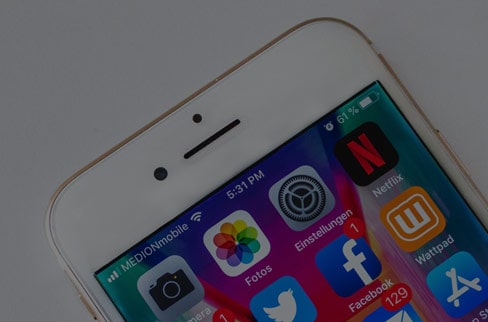 You cannot follow us on Social Media since this is an awakening site that focuses on the techniques that lead to self actualization and concentration.

Social media is merely a distraction. A centering of focus is impossible if we are constantly in touch with others via Facebook, Instagram, Twitter, LinkedIn, Blogs or any other means of connecting to others during the modern times. The awakening process requires the spiritual seeker to connect to their inner self rather than connecting with others through techs and social media. If any teacher asks seekers to follow them on Social Media that would be contrary to our being able to focus or concentrate on the self. It would cause us to shift our focus on to others or that guru. This teaching will not utilize the social media to exploit others to make myself available to others. This teacher is in meditation, focused and in concentration on her awareness.

You should be doing the same in order to further your spiritual practice. Please meditate instead of utilizing social media to explore yourself.

In order to truly be able to connect to the self, the self must learn more about themselves. This is only possible when we disconnect with the outer world to a certain extent. This means that we are not buying into what the modern world has made us feel that we need to engage in. Which means there is no need for constant use of or to get updates on Social Media sites:

That time is better spent on meditation than on other people which brings us closer to awakening. Connecting to the inner self requires one to limit or to disconnect from others to a certain level. It requires a certain amount of discipline, focus and attention to be placed on the self. That is impossible if we are constantly in touch with others through the various forms of social media or integration with other humans. Masters in the past didn’t link up with Social Media prior their awakening so it would not be encouraged on this website or in this teaching process.

Sure there are plenty of alternative teachers that focus on integration with others through the use of social media who are social media sensations. Success of such teachers may only be due to technological dependence for the age group that teacher gears towards. However, as with anything in life it is necessary to do the work before one follows a teacher who is into social media. This teacher would not even have the influence without the internet. The down side of being a media sensation is that it opens up a certain level of toxicity, fake friends and negativity that can create a social media backlash or even the “truth” just as these two individuals have posted on YouTube:

Obviously, these two have discovered that self-actualization has nothing to do with suicide, depression, addiction or anxiety which are all dark/negative topics that this one particular teacher loves to explore. Additionally, it becomes important for exposure purposes due to questions that followers and others may have. As discovered below:

This teaching does not care how many followers are following on the various social media sites that the modern times makes available. Additionally, self-actualization is such an individual process that the truth (secret) to enlightenment is impossible if one is constantly in touch with others all the time. Self-actualization is sacred, unique and happens to so few of us that it takes so much time to come about, that there is simply no time for one to engage in social media. Self-mastery and self-discipline can be fostered by disconnecting from social media. It is essential to follow the self (as that is where the source lies) and not with others when it comes to awakening.

After all, the great Buddha was not engaged in social media under the Bodhi tree, for example. Nor, were we engaged any social media upon our first awakening at the time our birth. Socialization was introduced to us by other humans who have conditioned, programmed and made us believe that we need to be social beings which in some cases have caused us to over-socialize.

We are humans who are deeply affected by use of technology and social media that is available in these techs in the modern world. This technology has taken the power over as they are so heavily algorithm based from humans and handed over much of the decision making capacity to machines. Allowing the continued use of Social Media and techs to spiral out of control in this manner means that humans become artificial or human artifacts, who are shaped, created and molded based on techs. This means that we collectively are getting further away from the truth and closer to the false (fakes).

Explore all Free Stillness collections please enter your email below